Five Buffalo Bills to watch against the Baltimore Ravens 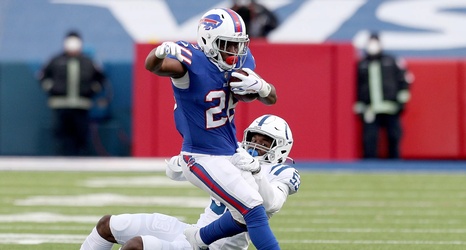 The Buffalo Bills host the Baltimore Ravens this Saturday in the Divisional Round of the NFL Playoffs. It’s been 27 years since the Bills last hosted a game after Wild Card Weekend, with the Bills defeating the then-Los Angeles Raiders 29-23 at Rich Stadium on January 15, 1994.

The Bills earned their spot this season by finishing with a 13-3 record, then defeating the Indianapolis Colts 27-24 in the Super Wild Card Round. The Ravens finished the regular season at 11-5, then went on the road to beat the AFC South Division champion Tennessee Titans 20-13 last weekend.