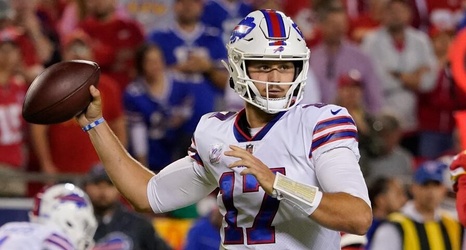 When I anticipated that Week 5's Monday Night Football contest would be closer than anticipated, I did not expect a "game of the year" contender in Baltimore. Week 6 brings another, as the potential MVP favorite Josh Allen leads the red-hot Bills into Tennessee to face off with Derrick Henry and the Titans. Points should be on the menu in bunches.

For those unfamiliar, single-game football slates on FanDuel feature five positional flex spots with identical scoring to the main slate. However, roster construction instead features an "MVP" slot accompanied by four flex slots.