Fan opinion: What should the Buffalo Bills do at left guard this offseason? 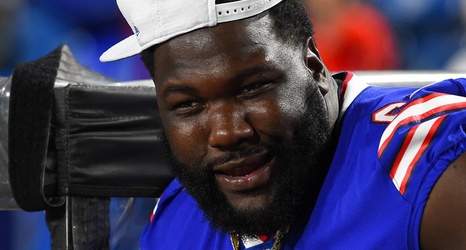 The Buffalo Bills were able to add Quinton Spain a few weeks into free agency a year ago and he rewarded them by playing nearly every snap at left guard through training camp, preseason, the regular season, and playoffs. Now they have a decision to make as his one-year contract expires.

We’ve broken down the reasons to keep Spain as well as some reasons to let him leave. It’s your turn to vote in the poll!

Quinton Spain isn’t a mauler by any means. Goal-to-go scenarios can be nailbiters (though this is admittedly a problem area for more than just Quinton Spain).