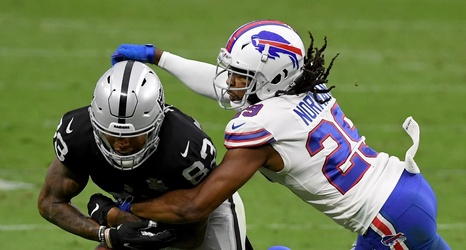 On Friday, the Buffalo Bills ruled out five players for this week’s contest against the New York Jets. Since then, two of those players (tight end Dawson Knox and linebacker Tyrel Dodson) have been placed on separate reserve lists. Knox landed on the COVID-19 list thanks to a positive test, while Dodson landed on injured reserve as a result of his hamstring injury.

The Bills also had three players listed as questionable on their banged-up roster. All three (Cam Lewis, Tre’Davious White, and Matt Milano) will play this week.