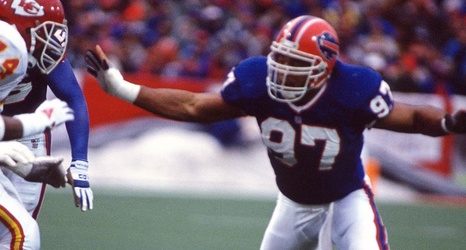 Cornelius Bennett was a leader of the Buffalo Bills’ Super Bowl teams and a great player on a great defense. His Wall of Fame candidacy is complicated by off-the-field accusations, as we will get into, but judging his on-field performance is a no-brainer.

After being traded to the Bills in 1987 following a prolonged holdout with the Indianapolis Colts, Bennett made an instant impact. In his first full season in Buffalo, he made the first of five Pro Bowls and was named First-Team All-Pro by the Associated Press. Six interceptions and a touchdown return, 22 forced fumbles and 19 recovered fumbles with another TD return, 52.