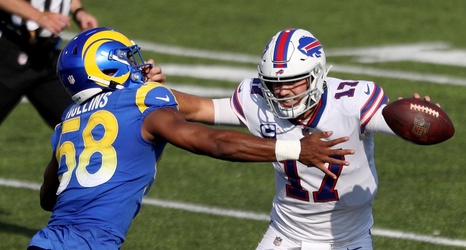 It was a warm Sunday afternoon. Perfect for football and two of the best teams in the league were ready to clash. After battling for hours, a star quarterback was looking to pull his team ahead of their opponents. Catastrophe struck!

Trying not to be tackled and lose yards for his team, our hero quarterback reached out to ward off the defense. His fingers, finding purchase on the bars guarding his opponent’s face pulled in unmistakable fashion. Hopefully the refs would miss it! But alas, here came the yellow flag which signaled the inevitable march of 15 yards the wrong way.