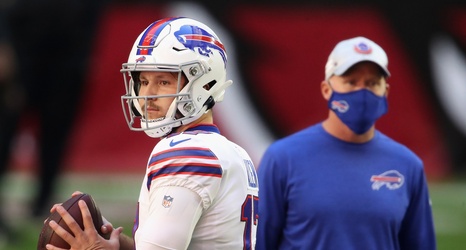 GLENDALE, ARIZONA - NOVEMBER 15: Quarterback Josh Allen #17 of the Buffalo Bills warms up before the NFL game against the Arizona Cardinals at State Farm Stadium on November 15, 2020 in Glendale, Arizona. The Cardinals defeated the Bills 32-30. (Photo by Christian Petersen/Getty Images)

These were the top takeaways for the Buffalo Bills from the first 10 games of the season.

Approaching the unofficial second half of the Buffalo Bills 2020 season, there is a lot of positive and negative storylines that have followed the team thus far. Sitting at 7-3 and enjoying a well-deserved bye week, the Buffalo Bills will look to keep rolling when they face the Los Angeles Chargers in the first game back from the bye.