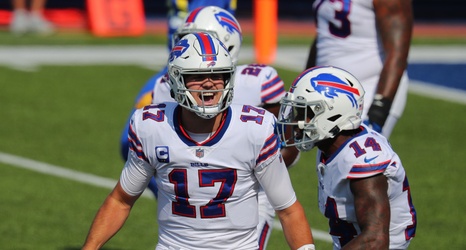 Coming off their third win in a row, the Buffalo Bills showed flashes of brilliance and complete chaos as they yet again win a close game against the Rams.

In three consecutive weeks now the Bills have leaned heavily on the play from their quarterback, Josh Allen who completed his third 300-yard game in a row. Though those three games, Allen has recorded multiple touchdowns yet the scores have been close.

This was the story again as an early 25-point lead accumulated by Buffalo early in the second half dwindled away. Working away, doing their best to shave down their deficit, Los Angeles began to accumulate some momentum after a questionable Josh Allen interception gave the Rams the ball and the pendulum of momentum swung in the Rams favor.