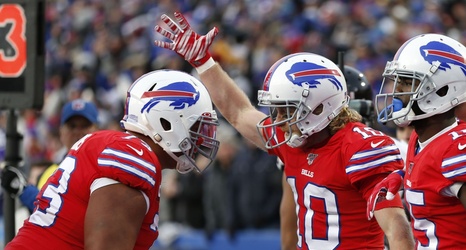 We knew this one would be tough as the Buffalo Bills hosted the Baltimore Ravens. They did all they could to keep it close and had a shot at the end, but still fell by a score of 24-17.

The defense deserves a ton of credit as they held MVP candidate Lamar Jackson in check for the majority of the game. They also slowed down Mark Ingram and kept Marquise Brown from beating them deep.

Still, they were unable to get the win as the offense struggled against a smart defensive team.