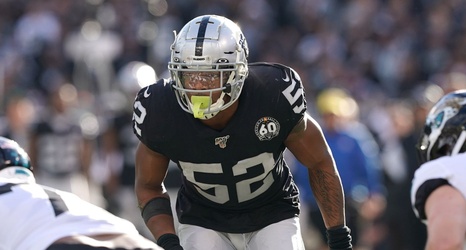 The Buffalo Bills weren’t done reinforcing their linebackers on the roster after adding Tyrell Adams on Wednesday. A few hours later, the team announced that they’d signed Marquel Lee, formerly of the Las Vegas Raiders, to a one-year contract.

Lee was a fifth-round pick by the Raiders out of Wake Forest in the 2017 draft. The story of his career, to this point, has been injuries dashing his potential. Lee was named the opening day starter at middle linebacker in his rookie year, but he suffered an ankle injury a few weeks into the season and ultimately lost the starting job to Navorro Bowman.