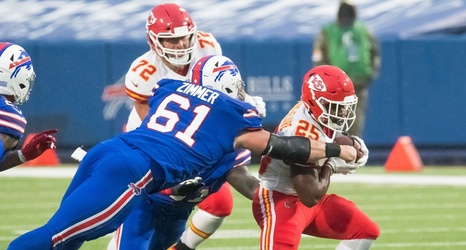 The Buffalo Bills have signed defensive tackle Justin Zimmer to their active roster, putting him in the opening vacated by Quinton Spain on Wednesday. Zimmer joins the Bills from their practice squad, after playing against the Kansas City Chiefs on Monday.

The 6’3” 292 pound Zimmer played two games from Buffalo’s practice squad - the Chiefs game, and the season opener against the New York Jets. Appearing on 48 snaps, he’s had 10 tackles, two tackles for a loss, and a QB hit.