Buffalo Bills should avoid temptation of trading for Le’Veon Bell 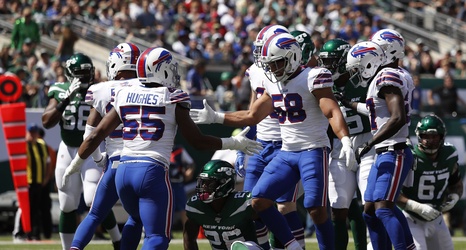 This season Le’Veon Bell discovered that the grass is not always greener on the other side as the New York Jets look to part ways with him.

In a report published by Pro Football News insider, Tony Pauline discovered that the New York Jets relationship with Le’Veon Bell is one that does not seem like it will last. He reported in his ‘mailbag‘ segment that: ” It’s best for everyone involved if the Jets and Bell part company.”

This comes on the heels of a less than characteristic season for the former Steeler who has rushed for over 1,200 yards in a season on three separate occasions.