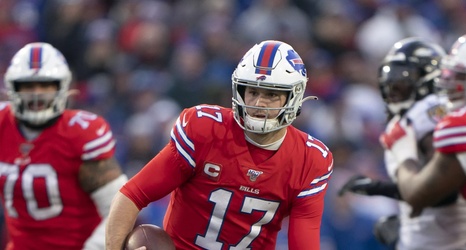 The Buffalo Bills entered play on Sunday against the Baltimore Ravens looking to build off a big win the week prior. Instead, the Ravens exposed some of Buffalo’s offensive flaws, shutting down the Bills for much of the afternoon. Still, Buffalo was only 16 yards away from tying the game in the fourth quarter of a game they ultimately lost 24-17.

After beating the Dallas Cowboys on Thanksgiving day, the Bills saw a small bump in the Week 14 power rankings. After losing to Baltimore this week, Buffalo has maintained their position, losing only a spot or two in most cases.