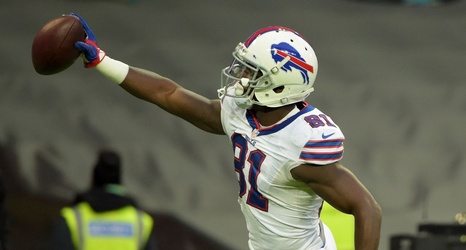 Easley was picked by the team in the fourth round of the 2010 draft out of the University of Connecticut and spent the entire 2016 on the sidelines after suffering a brutal knee injury late in the 2015 campaign.

While never panning out as a receiving threat, Easley emerged as one of the league’s best coverage guys on special teams. In 2015, he played on nearly half of the special-team snaps. The 6’2”, 217-pound wideout will end his career in Buffalo with three catches for 71 yards and one touchdown.