Buffalo Bills RB Zack Moss out for rest of postseason 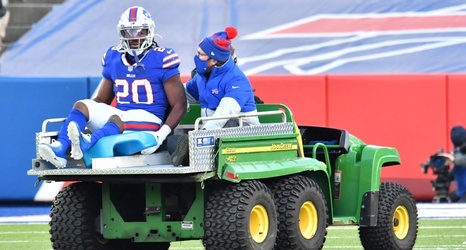 ORCHARD PARK, N.Y. -- Buffalo Bills running back Zack Moss will miss the remainder of the postseason with an ankle injury.

Moss injured his ankle in the team's 27-24 victory Saturday against the Indianapolis Colts.

Buffalo's second-leading rusher behind Devin Singletary, Moss totaled 576 yards of offense and five touchdowns during his rookie season in 2020. He missed three games early in the season with a toe injury but had played in every game since. His highlight performance came during Buffalo's Week 8 victory over the New England Patriots, during which he ran for a season-high 81 yards and two touchdowns.