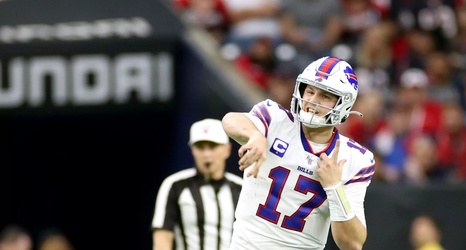 Josh Allen has grown a lot in his two seasons in the NFL. One of his biggest areas of growth for the Buffalo Bills’ quarterback was the development of his mid-range passing game in 2019. The progression was staggering considering the Reader’s Digest® description of him as a passer floating around football-focused blogs and Twitter handles.

However, there is one characteristic of Allen that didn’t changed significantly from his first to second year in the league, and that is his downright refusal to check down the ball, especially on third down.

In a recent article by Sam Monson at Pro Football Focus, their advanced statistics determined that Allen has been the quarterback that is least likely to check down the ball on any down-and-distance and when specifically looking at third downs.