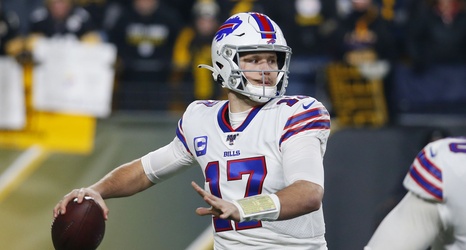 Josh Allen certainly was not perfect his second season. He did not play a full solid game in the Buffalo Bills’ playoff loss to Houston.

Keep in mind that according to “The Process” Josh Allen was raw talent that was to sit and observe his entire rookie season. That would make this past season his first season actually playing.

If said suggested process was 100 percent the plan, I would not think they would have traded away A. J. McCarron. I would not think an unproven quarterback with only a couple NFL starts on his resume in which were horribly unsuccessful, Nate Peterman , would be the only QB on the opening day roster in front of Allen.