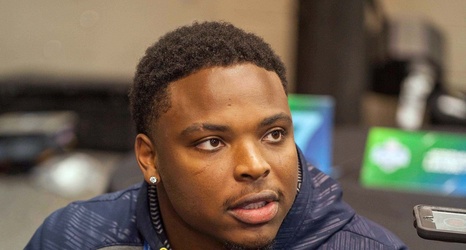 Jones is a Rochester, NY native who played at Aquinas High School. He attended Notre Dame, where he played defensive tackle during his college career. Jones was an undrafted free agent in the 2017 draft, signing with the New York Giants. He was later signed to the Seattle Seahawks practice squad, and became their latest DL-to-OL conversion experiment.