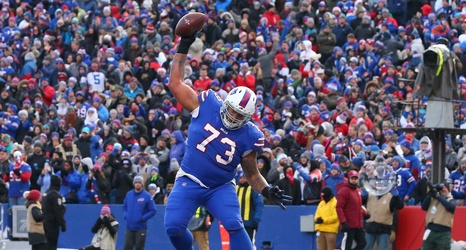 In today’s edition of the Buffalo Bills daily links, we break down another contract extension handed out by the Bills, this time to talented left tackle Dion Dawkins, who inked a four-year, $60 million extension that will keep him in Western New York through the 2024 season. We analyze the deal, identifying why it was wise to lock up Josh Allen’s blindside protection for the next five seasons.