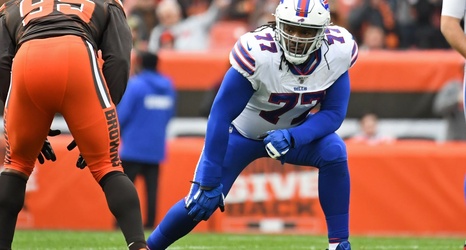 In their injury report heading into Week 16, the Buffalo Bills (10-4) remain relatively healthy, with only two players appearing on the official injury report.

Starting right tackle Ty Nsekhe (ankle), who has been sidelined since suffering a nasty ankle injury during Buffalo’s 37-20 win over the Miami Dolphins on Nov. 17, was the only player to miss Wednesday’s practice session because of an injury.

Defensive tackle Corey Liuget (knee), who did not see the field during the Bills playoff-clinching 17-10 win over the Pittsburgh Steelers in Week 15, was limited during the team’s practice session on Wednesday with his knee injury.