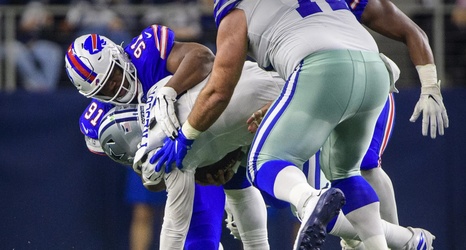 Buffalo Bills defensive tackle Ed Oliver, the team’s first selection in the 2019 NFL Draft, was voted Pepsi NFL rookie of the week for his performance against the Dallas Cowboys on Thanksgiving Day.

For the first time in his career, Oliver had two sacks in a game, taking down Cowboys quarterback Dak Prescott twice in Buffalo’s 26-15 win. Oliver totaled four tackles, one four loss, one quarterback hit, one pass breakup, and one forced fumble to go with his two sacks in yet another solid performance following a mid-season benching.