Buffalo Bills could get revenge on Ravens in postseason 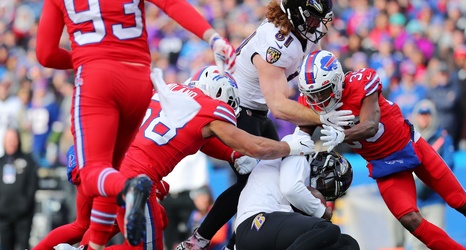 Buffalo Bills head coach Sean McDermott doesn’t want to hear about moral victories, and it’s hard to blame him for that sentiment. Losing a close game doesn’t bring solace to a coach who is judged on wins and losses.

While that’s true, those of us who watch the game and talk about it can look at a game such as the one Buffalo played this weekend against Baltimore and feel like there were plenty of positives.

One was the way the defense slowed down an MVP candidate as Lamar Jackson wasn’t the normal highlight machine we have come to expect.