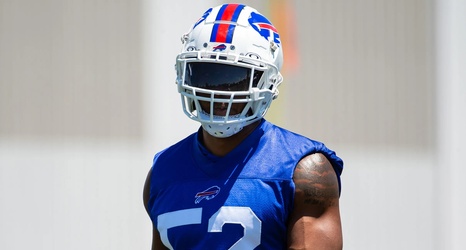 On Thursday morning the Buffalo Bills officially announced that linebacker Marquel Lee has been activated off of the reserve/COVID-19 list. In the corresponding move to open up a roster spot, the Bills released offensive lineman Steven Gonzalez.

Lee was placed on the reserve/COVID-19 list on August 10, making it a ten-day stint away from the team. He will have an uphill battle to earn a spot on the 53-man roster, following the solid play of Andre Smith, Tyrel Dodson, and Joe Giles-Harris. Based on his time away from the team, it would be a surprise if Lee were to suit up and play against the Chicago Bears on Saturday afternoon.