Buffalo Bills 7-round mock draft: Continuing to build a dynasty 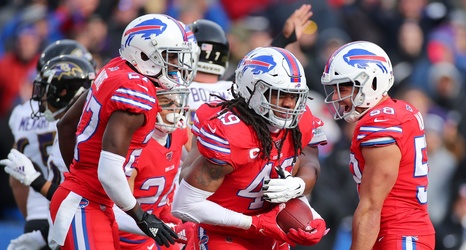 At 9-4, the Buffalo Bills are still within striking distance in the AFC East as they’re just a game behind the New England Patriots — and they have a rematch with them just around the corner.

As impressive as they have been this season, there were some flaws that got exposed on Sunday as they lost 24-17 to the No. 1 seed in the AFC, the Baltimore Ravens.

While Buffalo’s defense did all they could in this one, the offense proved they need to fix some of their holes. Quarterback Josh Allen was under duress all game and they needed someone to step up as a receiver — which never happened.