Bills vs Saints: Mark Ingram out in addition to Alvin Kamara 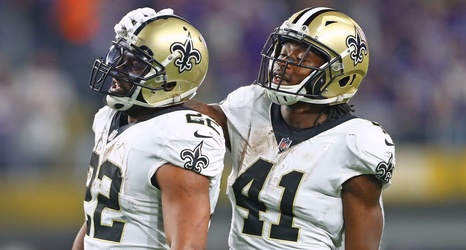 The New Orleans Saints’ injury situation has reached nutso levels. With a bunch of starters out, they’re going to give running back reps to a wide receiver on Thursday night against the Buffalo Bills.

We have known since yesterday that Alvin Kamara was going to be inactive with his injury, but his backup, Mark Ingram, was listed as questionable. On FOX’s pregame show just this afternoon, Insider Jay Glazer said Ingram won’t be able to go. The Saints will use a hodgepodge at running back including receiver Ty Montgomery, who has a history of playing the hybrid role.