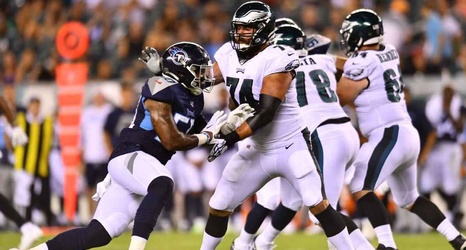 The teams announced the trade Friday evening, one day after a pair of offensive linemen suffered injuries in the Bills' preseason opener Thursday against the Indianapolis Colts.

Bates signed with the Eagles as an undrafted free agent out of Penn State this offseason, after starting 12 games for the Nittany Lions in 2018. His ability to play both tackle positions was appealing to the Bills after they placed "swing" tackle LaAdrian Waddle on injured reserve earlier this week with a torn quad muscle.