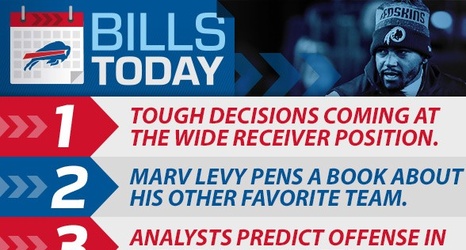 Doug Whaley is going to have some tough decisions to make at the wide receiver position in the weeks to come.

Buffalo only has four wide receivers on the roster that aren’t free agents, and two of them—Kolby Listenbee and Marcus Easley—missed all of 2016 with injuries.

For those reasons, Pro Football Focus chose DeSean Jackson as the one free agent the Bills should make a run at this offseason.

“Beyond Sammy Watkins, the Bills have gotten inconsistent production from their wide receivers, and Washington's Jackson provides another presence on the outside capable of getting behind the defense,” PFF wrote.

See full article at Official Site of the Bills