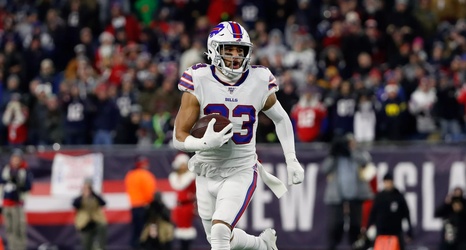 The Buffalo Bills have two of the league’s best safeties—even if some national media types don’t acknowledge how great they are. The two safeties arrived in Buffalo in head coach Sean McDermott’s first season, and they’ve been a big part of the reason why the Bills’ defense has become an elite unit.

When Buffalo signed their starting safeties, one player received a much larger contract than the other, and while both have obviously been outstanding players, it’s been the one with the lesser contract who’s been the more complete player. Both players fill up the stats sheet, however, and both are versatile enough to cover players in the slot, blitz, and drop back 40 yards off the line to prevent deep throws.