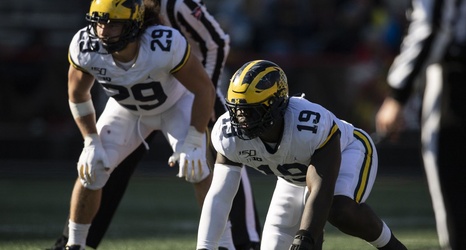 We’re halfway through the 2020 college football season and this week we saw the Big Ten finally makes its debut, with several close games and two massive upsets. Indiana stunned Penn State in overtime, which was the Hoosiers’ first win against a top-10 team since 1987. Meanwhile Rutgers took a step towards respectability in beating Michigan State, which snapped a 21-game Big Ten football losing streak. The in AAC news, no. 9 Cincinnati refuses to lose and should be crowned as, perhaps, a top-five team in the country. Below are the prospects who stood out during another week of college football.