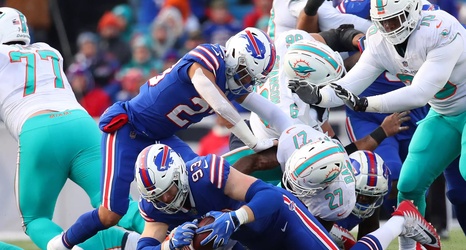 The modern NFL calls for a defense that can rush the passer and, frankly, the Buffalo Bills have not been very good at doing so over the last two years. In 2017, the team ranked 29th out of 32 NFL teams in total sacks, notching only 27 sacks on the season. In 2018, their total improved to 36 sacks on the year, but they still ranked 26th in the league in the category.

The Bills have made multiple moves to improve the entire roster since head coach Sean McDermott and general manager Brandon Beane arrived, but they haven’t truly added an elite pass-rusher in that time, choosing instead to keep what they have on the roster.