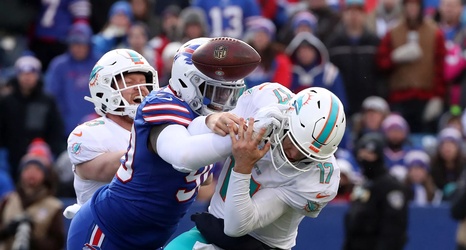 Last season, the Buffalo Bills ranked 26th in the NFL in total sacks. They had 36 as a group, which was an improvement from their 2017 total of 27, but still was nowhere near where they wanted it to be. The pass rush has been a clear point of emphasis during early practices, and with good reason.

In today’s installment of our “90 players in 90 days” series, we examine one of the team’s primary pass rushers—a player drafted to be an elite pass rusher who has merely been a good role player throughout his young career.