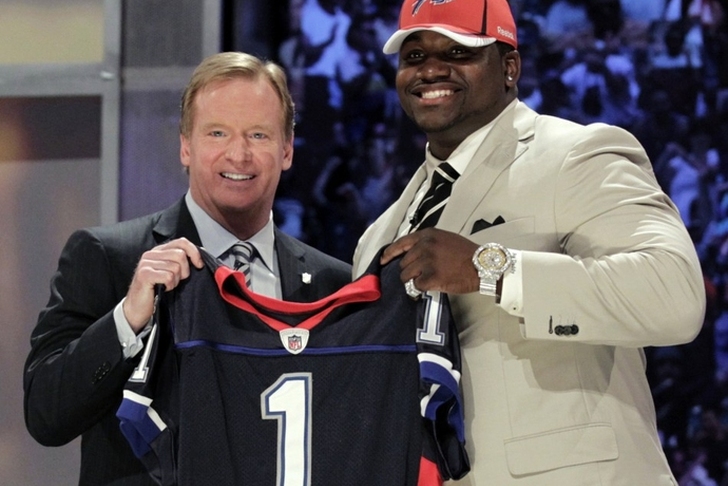 A full five years have come and gone for the 2011 NFL Draft class. It was a strong draft, with players like Cam Newton, Von Miller, A.J. Green, Julio Jones, Patrick Peterson and J.J. Watt all going in the top 11 picks. The Buffalo Bills didn't nail every pick, but this was a solid draft class.

Now that five years have passed, we have a solid idea of just how good the players are from that class. Things can still change, and the view of the Bills' class has changed in the last year or so. With that in mind, let's review and breakdown the Bills' 2011 draft class.

The Bills didn't land a Cam Newton, but they did net one of the best defensive tackles in the NFL. He regressed from 10 sacks to two last year, but he's still a great defensive tackle and that was partially a product of the Bills' scheme change. Dareus is one of the seven Pro Bowl selections that started the first round.

When healthy, Williams has been a really good defensive back. He's played both corner and safety, but has never been active for all 16 games in his career. He suffered a scary neck injury last year, but will hopefully return to start at strong safety this year. His health will play a key factor in determining how the Bills' draft class looks in another five years. Sheppard started 15 games in year two for the Bills, but they flipped him for DE Jerry Hughes (a deal the Bills won). He eventually moved onto the Dolphins and then Giants for this coming year. He's been a solid player, and the Bills made a good trade to net Hughes.

Searcy was a versatile DB, but left the Bills to go start for the Titans. Hairston started some games for the Bills, but left to join the Chargers last year. He's better as a backup than a starter and was also one of the picks the Bills got for Marshawn Lynch. Johnny White hardly saw the field, getting just 20 carries. He never played a snap after the 2012 season. Chris White played a bit for the Bills and did win a Super Bowl with the Patriots. Rogers got a few starts with the Bills, although he was never that impressive. He played with the Redskins last year. Jasper was a massive guard/defensive tackle who reportedly weighed up to 450 pounds. He stuck on some practice squads, but never played a snap.

Grade: B
The Bills basically hit on their first three picks, when counting what they got for Sheppard. Williams needs to stay healthy, but he's been productive in his career. The non-fourth round picks were essentially misses, which is unfortunate but not that uncommon. Hairston and Searcy were solid players, but the grade gets a slight drop because they left for other teams. But overall, this was a successful draft for Buffalo.