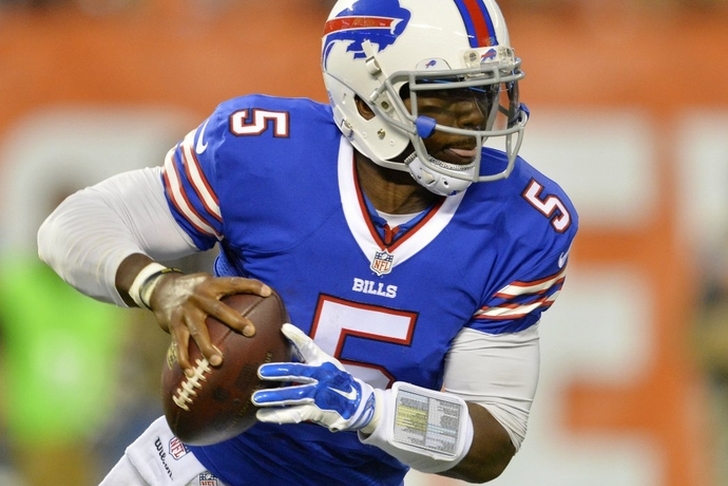 The Buffalo Bills could be without their starting for QB for several games with a knee injury, according to CBS' Jason La Canfora.

Manuel is a former first round pick who has seen his playing time drop in each of his three NFL season. He was the third string QB earlier this season, before the Bills traded Matt Cassel to the Cowboys.

Taylor was in the midst of a career season, his first as a starter. He was completing 70 percent of his passes for 1,097 yards, 9 TDs and 4 INTs. He also contributed on the ground, carrying the ball 31 times for 187 yards and two TDs.

The Bills also signed Josh Johnson Tuesday morning, and he'll likely be the backup while Taylor is out.