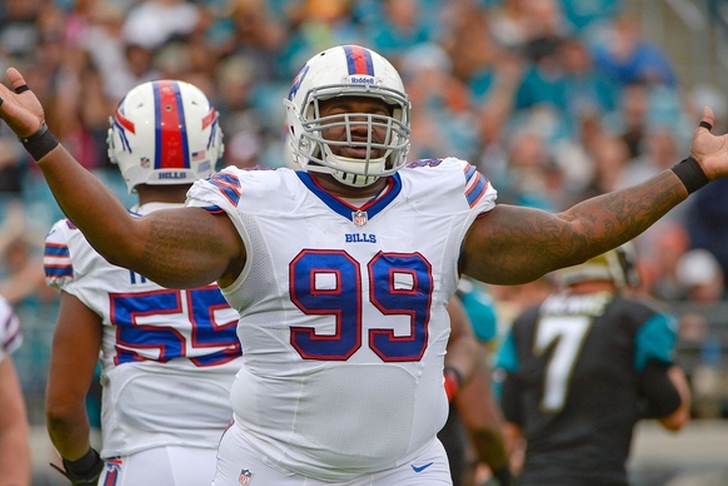 The Buffalo Bills could be without DT Marcell Dareus to start the season. He's facing a four-game suspension for violating the NFL's Substance Abuse policy.

Ian Rapoport reports the drug Dareus was busted for was marijuana. He can still appeal the suspension, per Schefter.

Dareus was suspended one game last year. In May of last year, he was arrested for possession of a controlled substance, having drug paraphernalia and reckless driving. The substance was synthetic marijuana.

He was the No. 3 overall pick in the 2011 NFL Draft out of Alabama. After a 10-sack season in 2014, Dareus slipped to 2.5 last year. However, the Bills' defensive scheme changed and Dareus had more of a run-stuffing role. After that 2014 season, Dareus signed a six-year deal worth over $95 million. It included $60 million in guarantees, which was a record for a non-QB at the time.

The Bills added defensive lineman Brandon Deaderick and Alameda Ta'amu yesterday, perhaps to help compensate for the pending loss of Dareus. Corbin Bryant is listed as the top backup to Dareus.