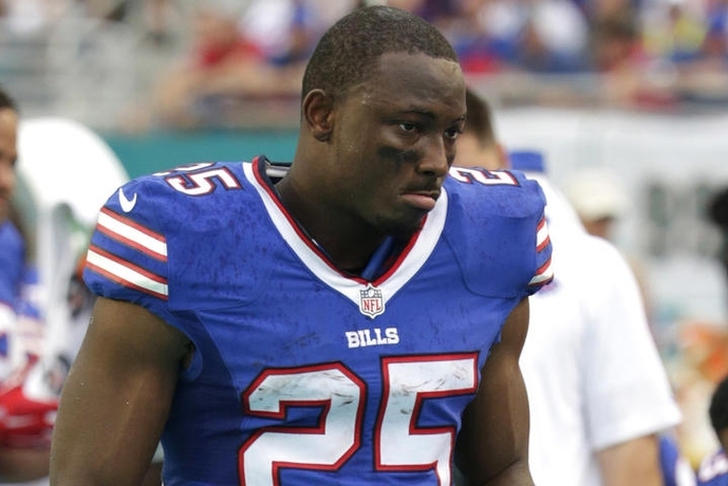 Buffalo Bills running back LeSean McCoy was been accused of assaulting three off-duty police officers in a Philadelphia bar early Sunday morning, and TMZ has released video of the fight from the bar's security camera:

The police report filed about the incident says that McCoy and former NFL running back Curtis Brinkley were involved in a "physical altercation" with three officers around 2:45 am on Sunday Morning, and both officers were sent to the hospital as a result of the incident. Read more about this story in the Chat Sports iPhone and Android apps.

There was “a dispute over the purchase of champagne” between the men and Brinkley “grabbed the bottle,” and two of the officers suffered broken ribs. Neither McCoy or Brinkley were arrested, but they are being investigated in the incident.