LeSean McCoy May Be Done For Season With Torn MCL 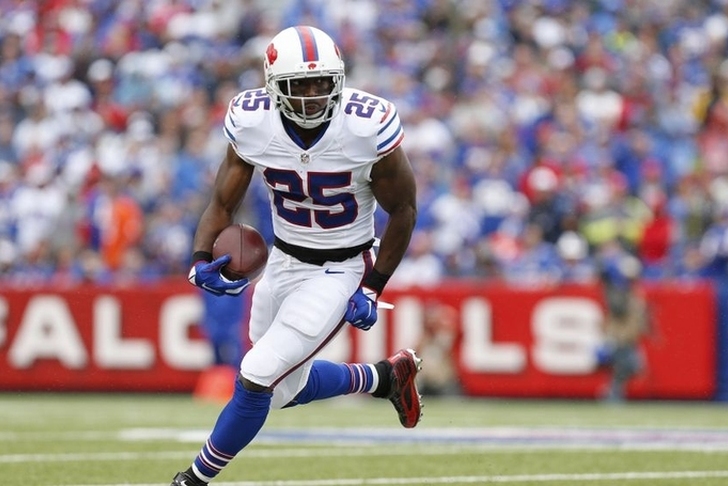 Buffalo Bills running back LeSean McCoy suffered a torn MCL in their loss to the Washington Redskins and may be done for the season. ESPN's Adam Schefter is reporting that McCoy is considered "week-to-week," but since the Bills are eliminated from playoff contention, it's unlikely that they'll risk further injury

Head coach Rex Ryan said that McCoy would have an MRI on the knee to find out the full extent of the injury.

McCoy suffered the injury in the third quarter against Washington after being hit by Redskins defensive back Dashon Golson. He jogged to the sideline after laying on the ground for a while, and was then taken to the locker room by medical personnel.

McCoy, who is in his first year with the Bills, has rushed for 895 yards and three touchdowns this season. He was acquired from the Eagles in a trade this offseason.

Buffalo will face the Dallas Cowboys on Sunday, and will then finish their season at home against the New York Jets on January 3.