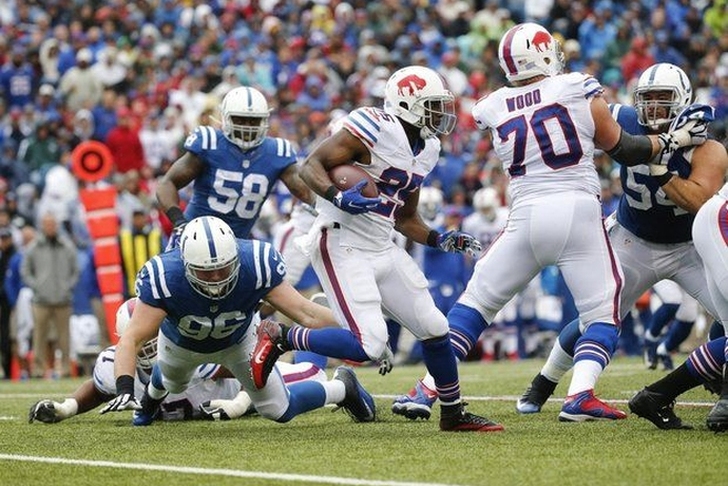 Buffalo Bills running back LeSean McCoy has seemingly held a grudge against Chip Kelly, his former coach with the Philadelphia Eagles, ever since the Eagles released him.

After the Bills beat the Indianapolis Colts in their season opener, Shady took the opportunity to take one more jab at Kelly.

He got Colts LB Trent Cole and OL Todd Herremans, both former Eagles who were released this offseason, together with him to take a "Chip Kelly rejects" picture:

Shady McCoy smiling and joking -- "Get a picture. The Chip Kelly rejects."