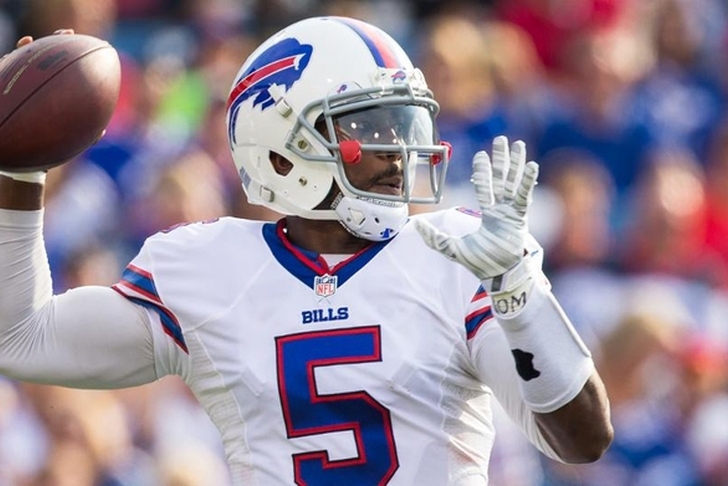 NFL Free Agency is officially here, and the next few days will feature a few Buffalo Bills rumors. The Bills have made a few moves so far, but their limited cap space this offseason means they might not make many more. With that in mind, here are all of the interesting rumors and news tidbits on the Bills.

Bills Draft Target Dak Prescott Arrested
The Bills had a visit set up with Dak Prescott in the lead up to the NFL Draft, but that might be in doubt now. Prescott was arrested for DUI in Starkville early Saturday morning. It's a huge mistake for Prescott, and the arrest will drop him down draft boars. Before the arrest, Prescott was considered a riser, with the Bills potentially considering him on Day 2 or early on Day 3. He likely won't end up going that high, unless a team makes a surprise pick.

Tyrod Taylor Contract
The biggest question facing Buffalo in the near-future is what to do with QB Tyrod Taylor. He was a pleasant surprise last season, his first as a starter. But he's set to be a free agent after next season and will likely command a major contract. The four-year, $72 million deal Brock Osweiler received from the Houston Texans means Taylor could very well get a similar deal.

The Buffalo News reports Taylor's contract will determine the future of GM Doug Whaley. It won't be an easy call, and Taylor will ultimately determine how much he gets. If Taylor plays well, he'll get a large contract. If he continues to struggle late in games and don't continue to improve, his value won't be as high. The 2016 offseason hasn't and won't be that intriguing, but next season is going to be an interesting one for the Bills.

Follow our Buffalo Bills team page for all the latest Bills Rumors!