CHECK IT OUT: Rex Ryan Says He Won't Repeat Jets Mistakes In Buffalo 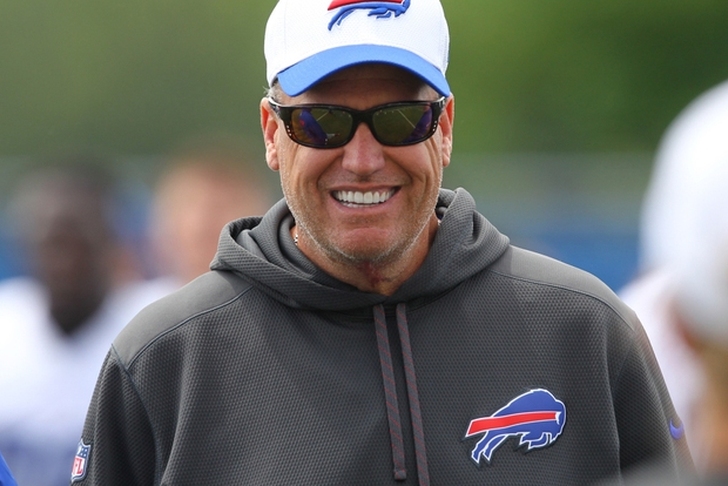 Rex Ryan's tenure with the New York Jets ended a mess characterized by a lack of communication between himself and owner Woody Johnson. The new Buffalo Bills head coach admits that he should have been more forthright with Johnson -- a tact he's set to employ in his new situation in Upstate New York.

“Woody Johnson wanted to win, I’m convinced of that. But there were some things that I knew weren’t right, and I allowed it to happen,” Ryan said, via Bob Glauber of Newsday. “In retrospect, I should have just gone right to the man myself and not gone through somebody else or any other way except seeing Woody myself. Even if he would have said, ‘No, we’re going to do it this way,’ I at least would have had my say with it.”

Ryan isn't concerned about going down a similar path with the Bills, citing a much more trusting relationship with Buffalo owner Terry Pegula.

“From top to bottom in this organization, we are lined up,” Ryan said. “And if a guy’s not lined up, he ain’t gonna be here. It’s as simple as that. If that means me going to the owner myself, I will absolutely do that, regardless of who it is. We are going to be on board with this football team.”

Another mistake that Rex Ryan won't make again in Buffalo is signing Michael Vick -- a QB who Ryan says is not a "bad-weather quarterback.

"I had a conversation with Mike," Ryan said, via ESPN.com. "Mike's an outstanding athlete, he's a tremendous person. I really enjoyed my year with Mike [last season with the Jets], and he's great for a team. However, our conditions are a little different than most teams in this league. And Mike will tell you, he's not built really [to be] a bad-weather quarterback. He doesn't have great, big hands, and the weather affects him some. And he'd be the first one to tell you.

"You get the wind that we're gonna have in our stadium and the snow and all that stuff, that's not in his best interests. And quite honestly, I considered it. We considered it. And I know that's not the spot for him."