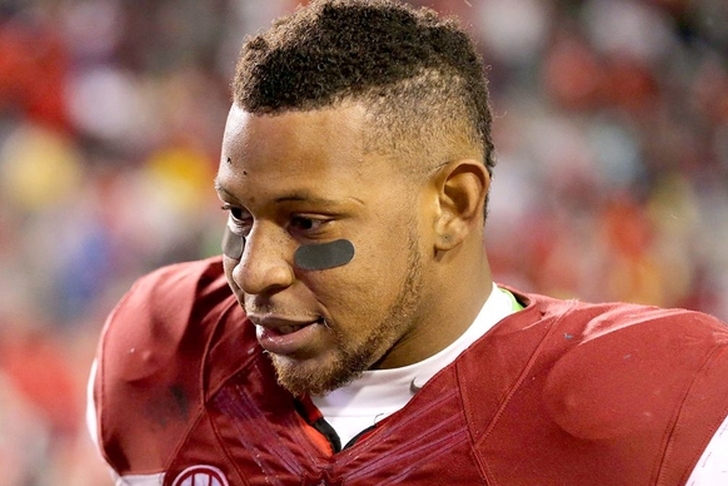 With seven picks in the 2016 NFL Draft, the Buffalo Bills did a nice job addressing most of their needs across the board. While defensive end Shaq Lawson (No. 10), inside linebacker Reggie Ragland (No. 41) and quarterback Cardale Jones (139) are getting most of the attention in the week following the draft, there is one sleeper pick that has all the tools to make an impact for Buffalo in 2016.

Williams missed all of 2015 with a broken ankle, which is the only reason he fell into the Bills' lap in Round 5. Draft guru Mel Kiper was particularly high on Williams, saying the following:

“He’s got a lot of natural running instincts. I think Jonathan Williams is going to be one of those backs where we say, how did he get into the fifth or sixth round? I think that’s what we’re going to be saying after a couple of years in the NFL for him.”

Sharing carries with Alex Collins from 2013-14 (another fifth-round pick, by the Seattle Seahawks), Williams was actually the more productive of the Arkansas backs, showing an NFL-ready blend of power and speed. In his junior year, he found the end zone 12 times for the Razorbacks, rushing for 1190 yards on 211 carries.

While many will look at Williams' red-zone work and assume he will just be a short-yardage guy at the next level, he has the skill set to develop into a workhorse back, particularly considering he will have plenty of time to develop behind LeSean McCoy, Karlos Williams and others. He won't see much action in his rookie year barring injuries to the Bills' backfield, but he is an excellent sleepr pick at No. 156 overall.