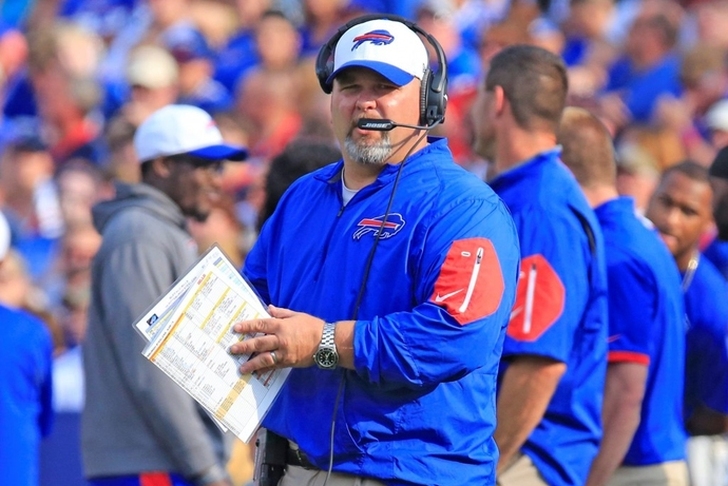 The Buffalo Bills have fired offensive coordinator Greg Roman just one day after losing 37-31 to the New York Jets, according to ESPN's Adam Schefter:

Roman was in his second season with the team, as he was hired by head coach Rex Ryan when Ryan took the job last year. Prior to joining the Bills, Roman was the offensive coordinator for the San Francisco 49ers from 2011-2014 under Jim Harbaugh.

Buffalo ranked 13th in the NFL in total offense and 12th in scoring last season. They have also ranked 8th in the league in yards per play since Roman was hired.

After the Bills gained just 160 total yards and scored just seven points in their season-opening loss to the Baltimore Ravens, then rebounded by putting up 393 yards and 31 points against the Jets.

There is pressure for the Bills to win now, as team owner Terry Pegula has said Ryan and general manager Doug Whaley will be fired if the team doesn't make the playoffs this season. Buffalo is now 0-2 for the first time since 2010, when they started the season 0-8. In NFL history, only 12 percent of teams to start 0-2 have gone on to make the playoffs.