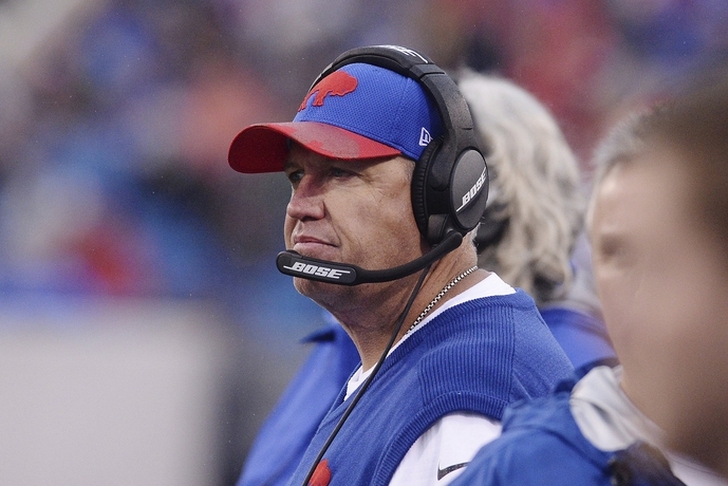 The Buffalo Bills announced they have fired head coach Rex Ryan after two seasons with the team:

Rex Ryan has been relieved of his duties as head coach. Anthony Lynn will serve as interim head coach. pic.twitter.com/8Vf0fxqwcl

Buffalo has also fired defensive coordinator Rob Ryan. The news comes three days after the Bills were eliminated from playoff contention with a 34-31 overtime loss to the Miami Dolphins.

Ryan was 15-16 in nearly two seasons with the team, failing to reach the playoffs in either season. Owner Terry Pegula told Ryan before the season that if the Bills didn't make the playoffs this season, he would be fired - and he delivered on the promise.

Buffalo has not made the playoffs since the 1999-2000 season. They will close the season at the Jets on New Year's Day.