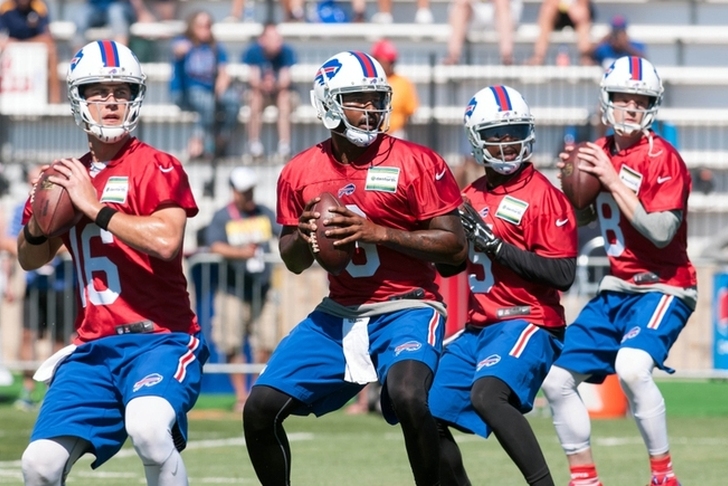 The Buffalo Bills were on the cusp of making the playoffs last season, and with several new key additions, they're hoping to break that threshold this season. This offseason figures to play a big role in determining Buffalo’s success in the foreseeable future, and all of those new additions need to gel quickly. Here are three things we've learned so far in training camp:

The Bills have all of the ingredients of a Super Bowl contender, with the big exception of having a reliable quarterback. E.J. Manuel and Matt Cassel are battling for the starting job, but both are game managers at best. Buffalo won't reach their full potential with one of these guys as quarterback. Both guys are splitting reps equally with third-stringer Tyrod Taylor, but no one has separated themselves from the pack.

Rookies are expected to struggle in training camp, but Bills general manager Doug Whaley has been impressed with this year's top picks.

“I hate to say this because it’s going to sound like I’m tooting my own horn, but it’s the play of our top two picks,” Whaley said in a recent radio interview on Bills flagship WGR. “With the Leodis McKelvin injury, Ronald Darby has stepped up and exceeded our expectations and John Miller has been rock solid. To go against the two Pro Bowlers every day in practice and hold his own has been very exciting to see.”

Miller has been forced to go up against Buffalo's stacked defensive line every day, but has surprisingly held his own.

“They’re going to give you great work,” Darby said of the receiving corps. “Just coming out here and competing with them, it just helps better me. So when game time comes and you’re locked in, you’ve seen it all, done it all.”

Rex Ryan is already leaving his mark on the Bills

A strong running game and outstanding defense were the trademarks of Ryan's good New York Jets teams, and he's already changed the atmosphere surrounding the franchise with bold sense of confidence and optimism. The moves to acquire LeSean McCoy, Percy Harvin, and Charles Clay wouldn't have happened without Ryan, and this team feels like they're on the cusp of greatness.

Ryan is adamant that he won't repeat the same mistakes he made with the Jets, but that doesn't mean he hasn't brought his defense-first, player-friendly, fun style to Buffalo.