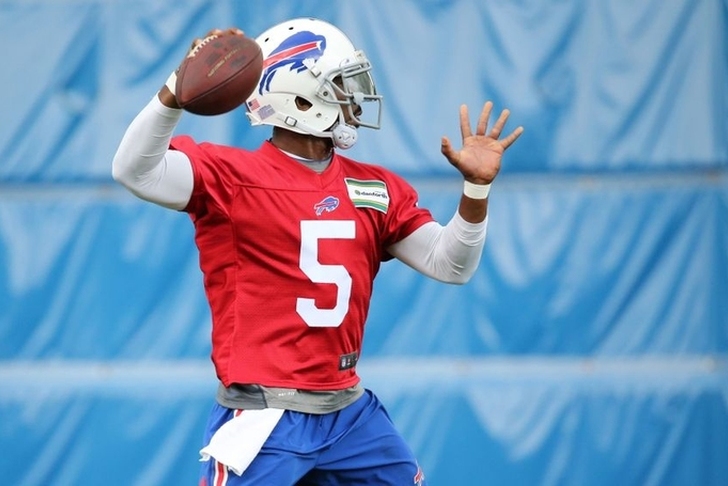 The Buffalo Bills enter training camp with a healthy portion of their roster and starting 22 intact, but there's still plenty of intrigue to be had when it comes to in-camp competitions at a handful of positions. Here's our list of the 3 Crucial Position Battles In The Bills' 2015 Training Camp.

The free-agent addition of Richie Incognito along with the selection of Louisville guard John Miller will put the heat on 2014 free agent signee Chris Williams and Kraig Urbik for both the left and right guard spots. Incognito is the wild card here. Blackballed from the league for a time following a 2013 bullying scandal during his time with the Miami Dolphins, Incognito might be the most talented option here. A former Pro Bowler, the question here is whether he'll be fully back in game shape as camp progresses in August.

LeSean McCoy and Fred Jackson are #1 and #2 with two bullets, but the job of the #3 change-of-pace back is still up for grabs. Bryce Brown has been tagged with a "fumbler" label from his time backing up McCoy with the Eagles, but he's likely a slight favorite over special teamer Boobie Dixon and fifth-round pick Karlos Williams as we hit training camp.

EJ Manuel is the current frontrunner for the job, despite rumblings to the contrary surrounding new head coach Rex Ryan. Veteran game-manager Matt Cassel was a dud this spring, leading some to believe that he's fallen to #3 in the competition between athletic dual-threat passer Tyrod Taylor. Taylor has spent the last four years backing up Joe Flacco in Baltimore and could have a legitimate chance to get a nod either out of camp or if either Manuel or Cassel struggles out of the gate.