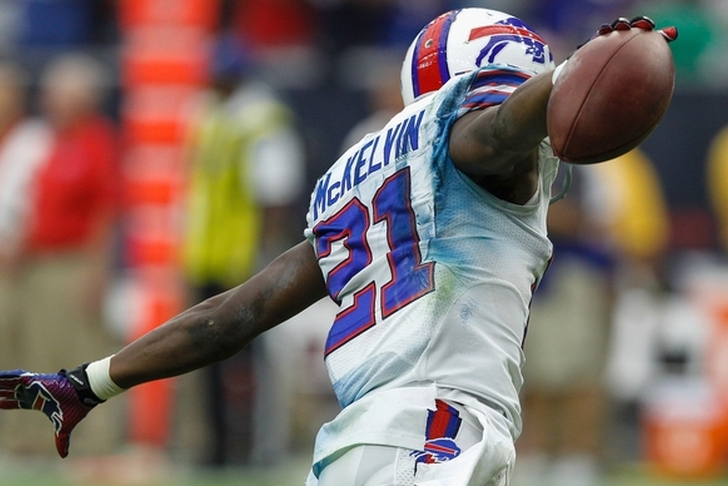 The Buffalo Bills won't have CB Leodis McKelvin next season. The team will cut McKelvin and not restructure his contract, reports Ian Rapoport.

McKelvin was in the final year of his four-year, $17 million contract. Cutting him saves the Bills $3.9 million. Buffalo is tight on cap space, and needed that extra space.

The Bills took McKelvin No. 11 overall in the 2008 NFL Draft, but he's battled injuries in recent years. He hasn't played a full 16-game schedule since 2011. He played in 19 combined games the past two years. Despite limited time, he picked off six passes in the last two years.

McKelvin is only 30 years old and will hit the open market for the first time in his career. McKelvin is talented, but the injury problems will give teams pause. He could be an intriguing buy-low option for several teams in need of CB help.