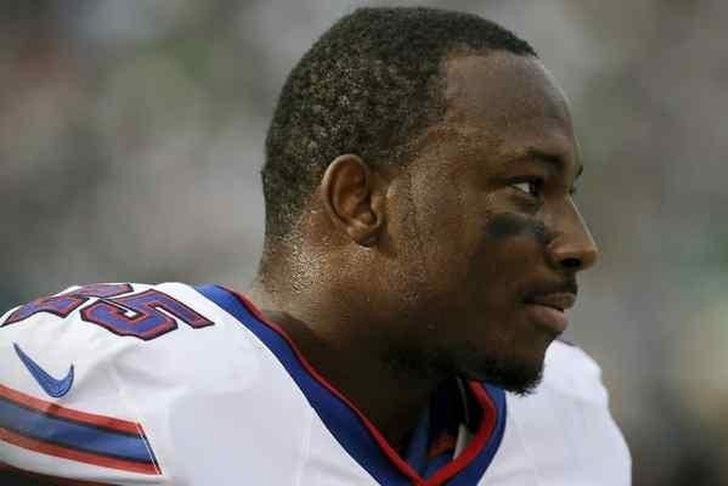 The Philadelphia District Attorney's office has denied the report that McCoy won't be charged, saying they haven't determined anything yet at this time.

Philly DA Spokesman Cameron Kline on report that LeSean McCoy is not getting charged... "That is utterly wrong." Investigation still ongoing

Buffalo Bills running back LeSean McCoy is not expected to face charges stemming from a fight at a Philadelphia bar on Feb. 7, according to Vic Carucci of the Buffalo News.

Source close to LeSean McCoy doesn't expect #Bills RB to be charged in nightclub brawl, but that someone w him during the incident could be.

Philadelphia police said that the fight (which you can see video of here) broke out between McCoy, three of this friends, and an off-duty police officer after one of McCoy's friends grabbed a bottle of champagne out of the officer's hands. An arguement ensued, leading to a fight between both sides. A second off-duty police officer was injured while trying to break up the fight.

Both off-duty officers were admitted to the hospital afterwards. The first cop was diagnosed with a broken rib, broken nose, sprained thumb, and a laceration to his right eye. The second cop received stitches to a cut over his right eye.

McCoy was originally expected to be charged with aggravated assault, but the Philadelphia district attorney has said he isn't in a hurry to make a decision.

McCoy played for the Philadelphia Eagles from 2009-14 before being traded to the Bills last offseason.