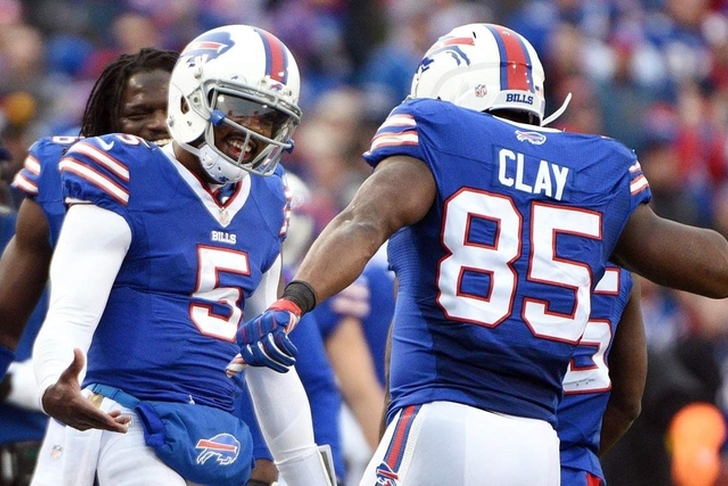 The NFL offseason is already in full swing for the Buffalo Bills. The team has turned its attention away from an 8-8 season in which they just missed out on making the playoffs. With the offseason here, it's time to highlight the Bills' team needs.

The Bills have several needs to address in free agency and the draft, although the Bills are likely done with free agency for the most part because of a lack of cap space. Although fans might want a new coach, general manager, owner or whatever, only positional needs are detailed here. Needs already addressed via free agency (like franchise tagging OT Cordy Glenn) are not included. With all that in mind, here are the Bills 2016 Team Needs:

1. Pass Rusher
This could be a 4-3 DE or 3-4 OLB, it just depends on what defense the Bills want to run. Mario Williams is gone, but he wasn't very good last season anyway. Jerry Hughes will be one starter, but the Bills need to add another in the draft. A very early pick could be spent on a pass rusher and the Bills could spend multiple picks on the position.

2. Linebacker
Much like the previous need, the exact type of player will depend on which scheme the Bills shift to. Expect them to target a player who can, ideally, play at ILB in a 3-4 scheme. That's the team's biggest need, as the Bills don't have many players who would thrive in that role. A mid-round pick, or earlier, could be spent on the position.

3. Guard
The Bills brought back Richie Incognito, which is why this need isn't at the top of the list. But the Bills still need another starter at guard to pair with Incognito. John Miller is not the answer, although the Bills could try Cyril Richardson or maybe even Seantrel Henderson if the latter can overcome Crohn's disease.

4. Defensive Line
Once again, this depends on the type of scheme the Bills want to run. Marcell Dareus is one starter for sure, but Kyle Williams is aging and on the decline. A mid-round pick could be spent on a defensive tackle, ideally one that is versatile enough to play in both a 4-3 and 3-4 in some way.

5. Wide Receiver
The Bills have Sammy Watkins, but could use a more reliable No. 2 option. Robert Woods has talent, but hasn't proved himself. Marquise Goodwin is fast, but isn't a No. 2 option. Leonard Hankerson re-signed, but has drop options. A slot WR could be the target and the Bills did lose Chris Hogan to the Patriots this offseason.

6. Quarterback
Don't worry; Tyrod Taylor is still the starter. But E.J. Manuel can be upgrade at backup QB and the Bills have looked at plenty of prospects in this year's draft class. Don't be surprised if the Bills take a QB to develop into a backup behind Taylor.

7. Kicker
Head coach Rex Ryan wasn't exactly happy with Dan Carpenter last season. While he wasn't cut this offseason yet, he did miss four field goals and six extra points. At the very least, the Bills will bring in some competition for Carpenter.