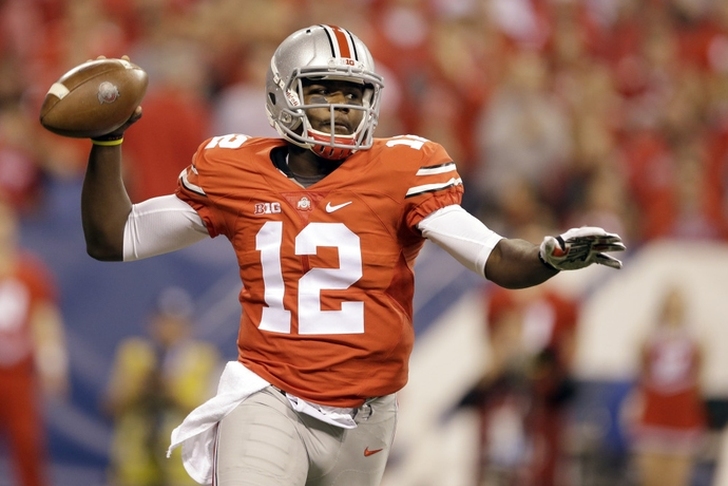 The Buffalo Bills hold the No. 19 overall pick in the 2016 NFL Draft after just missing the playoffs. With only a few needs and free agency essentially over, the Bills are looking to the draft to address them. Buffalo is hoping to fix the weaknesses that prevented the team from making the playoffs and ensure the Bills make a trip to the postseason next year. Here are all the latest Bills Rumors that you need to know.

Bills Met With 6 Ohio State Players
The Bills are going through their pre-draft visits, and that includes meeting with six Ohio State players.

For those unfamiliar, those player are QB Cardale Jones, LB Darron Lee, CB Eli Apple, DL Adolphus Washington, OT Taylor Decker and S Vonn Bell. Jones is likely a late Day 2 or early Day 3 pick. The Bills have looked at several QB prospects in this year's draft and will likely take one. Lee would be a great pick for the Bills in Round 1, although he might not be on the board. Decker and Apple are more likely to fall, and could be options. Washington and Bell profile more as Round 2 picks.

Bills Checking Out Hackenberg
Another QB the Bills are looking at is former Penn State QB Christian Hackenberg.

Hackenberg went to dinner with the Cowboys on Tuesday, worked out for them yesterday. And he also spent time with the Bills after Pro Day.

Hackenberg joins Kevin Hogan, Dak Prescott and Jones as QBs the Bills are checking out. Hackenberg showed promise in his first year at Penn State, but didn't play as well without head coach Bill O'Brien. He'll likely be an early Day 3 draft pick.

Follow our Buffalo Bills team page for all the latest Bills rumors!