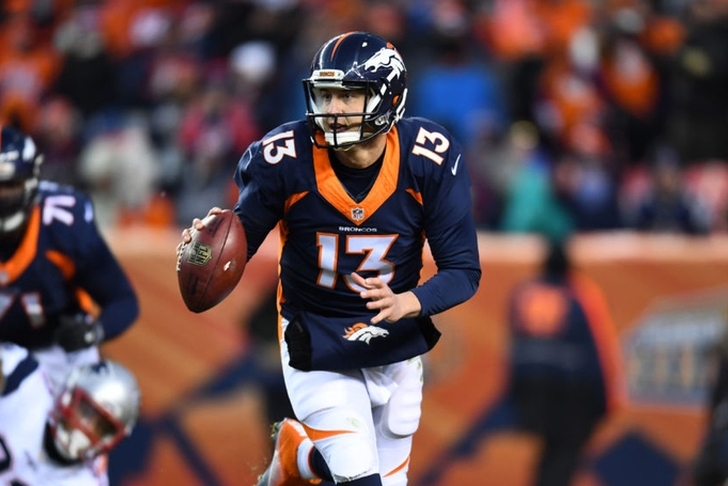 The offseason has reached a crucial point for the Buffalo Bills. The new league year starts on Thursday, March 9, and the two-day free agency negotiating window leading  up to the start of free agency (Thursday at 4:00 pm ET) as just started. During this time, teams may negotiate all aspects of a contract with a free agent but can't finalize the deal until the new year begins. Here are the latest Bills news & rumors you need to know:

Gilmore looking to "break the bank"
Buffalo did not use their franchise tag on cornerback Stephon Gilmore, allowing him to hit the open market. While the Bills would like to and are trying to re-sign him, he is looking to get the biggest payday possible as a free agent, according to Mike Florio of ProFootballTalk.

Buffalo interested in Siemian
The Bills are looking to move on from Tyrod Taylor at quarterback, and if Tony Romo goes to Denver, they will try to acquire Trevor Siemian from the Broncos, according to Denver radio host Benjamin Allbright.

If the #Broncos do end up with Romo, the #Bills would have interest in acquiring Trevor Siemian.

Siemian started 14 games last season and threw for 3,401 yards and 18 touchdowns against 10 interceptions.

Browns targeting Tyrod Taylor?
Cleveland's decision to draft a quarterback or not may decided if they can land one of their top targets in free agency. According to Jason La Canfora of CBS Sports, the Browns plan to pursue Tyrod Taylor if he hits the open market.

The Bills do not plan to retain Taylor at his current contract , according to sources, as they continue to meet with agents for free agent quarterbacks and explore other options. And while the Bills have proposals at a lesser salary on the table, no one I’ve talked to here at the combine -- general manager, cap guy or agent -- can figure any reason why Taylor should accept anything from the Bills at this point. Especially with him being coveted as a free agent.

League sources said the Browns have significant interest in Taylor as a free agent. Taylor has strong ties to some on the Browns staff already and if/when he hits the open market I would be shocked if the Browns don’t make a real push for him. Many in the league believe that’s where he will end up -- he’s young and athletic and protects the football and has upside. That would allow the Browns to take the two best players available with their two first-round picks -- beginning with Myles Garrett first overall. The Browns also continue to try to push to retain pending free agent receiver Terrelle Pryor to have some weapons for the new QB.

General manager Doug Whaley has also said he is comfortable going into 2017 with Cardale Jones as Buffalo's starting quarterback.

Follow our Buffalo Bills news page for all the latest Bills rumors!