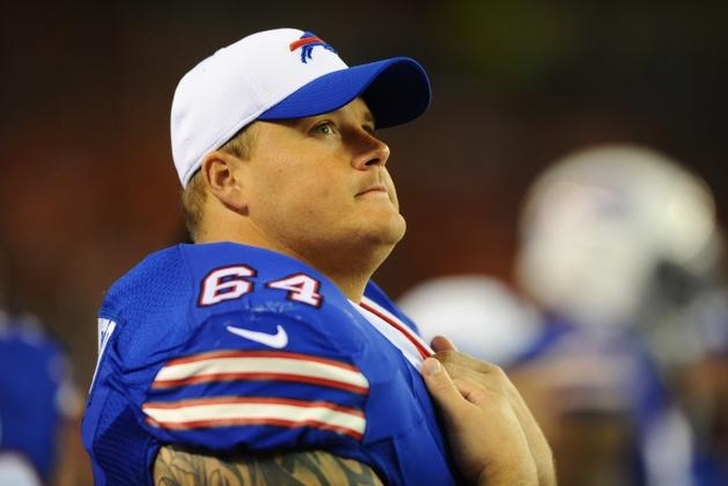 NFL Free Agency starts on March 9th, and the next few days will feature several Buffalo Bills rumors. While free agency doesn't officially start until Wednesday, the league has "legal tampering" days leading up to the start of the new team year, meaning teams can discuss contracts with any player - although a deal can't be signed until Wednesday. With that in mind, here are a few of the more interesting rumors and news tidbits on the Bills.

Richie Incognito re-signs with Bills
Guard Richie Incognito tweeted that he has signed a three-year, $15.75 million deal to remain in Buffalo. Incognito said he could've gotten more money on the open market, but gave the Bills a hometown discount since they took a chance by signing him to a one-year deal prior to the 2015 season. He missed almost all of the 2014 season due to the fallout over the Miami Dolphins bullying scandal.

Per a source with knowledge of the situation, the Dolphins are the clear front-runners to sign Williams. There’s currently a push to get a deal done Tuesday.

If the Dolphins sign Williams, they either will be moving on from Cameron Wake or making no effort to match an offer sheet signed by Olivier Vernon. The Dolphins possibly (key word: possibly) could even rescind the transition tender, if they sign Williams.

Williams, the No. 1 overall pick in the 2006 draft, had just 19 tackles and five sacks in 15 games for the Bills last season.

Bilal Powell An Option?
The Bills are tight on cap space, meaning they likely won't make many moves in free agency this year. However, Pro Football Talk says they could end up chasing RB Bilal Powell. While the Bills have a solid backfield with LeSean McCoy, Karlos Williams and even Mike Gillislee, he did play under Bills head coach Rex Ryan. If McCoy's legal issues end up resulting in a suspension, then Powell could help contribute early in the season.